Registration for this VBSR policy webinar is free to both VBSR members and non-members. 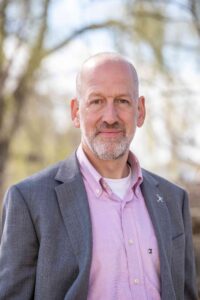 As CEO of Danforth, Bram has turned around a loss-making business and led the company to many years of growth and profitability. Danforth has expanded its network of retail stores and has enjoyed dramatic growth online. Bram successfully acquired and integrated three companies into Danforth, instituted company-wide profit-sharing and partially paid maternity leave, and added an employee seat to the Board of Directors. He converted the company’s electricity to 100% solar power, and has committed to moving to zero fossil fuel use. Previously, Bram spent ten years at Ben & Jerry’s, where he co-led their first campaign against global warming and led the creation of their first non-GMO ice cream. Bram chairs the Board of the Population Media Center, which promotes the rights of women and girls in the developing world and protects the planet by stabilizing global population at a sustainable level. PMC’s programs have been seen by over 500 million people. Bram is a past Co-chair of Vermont’s Medicaid & Exchange Advisory Board, providing guidance on health care policy to state agencies, the Governor, and the Legislature. Bram earned an MBA from the (now) Grossman School of Business at the University of Vermont and a BA from Middlebury College, and is the recipient of the VBSR Terry Ehrich Award for Lifetime Achievement.