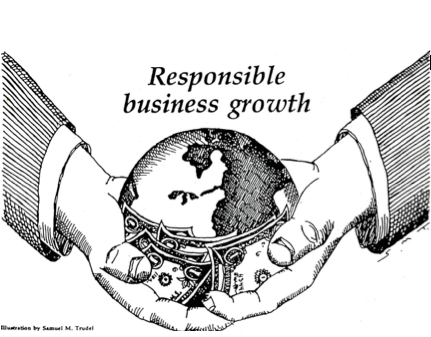 VBSR was founded in 1990 by a group of businesspeople who wanted to pioneer a new focus for business: the multiple bottom line.  They believed businesses have as much responsibility to workers, communities and the environment as they do to being financially successful.

The national organization, Business for Social Responsibility (BSR), was founded in 1992 by some of NEBSR’s original founders. In 1994, the New Hampshire, Massachusetts, Connecticut and Rhode Island chapters of NEBSR became chapters of BSR. Maine Businesses for Social Responsibility (MEBSR) and VBSR did not merge, as each organization’s members preferred to remain as independent organizations. In June 2001, BSR discontinued the chapter structure. It emphasizes larger, multi-national companies and does not engage in public policy.

In 2003, VBSR joined Business Alliance for Local Living Economies (BALLE), a national organization with chapters around the nation.  BALLE places an emphasis on supporting local economies and small, locally owned businesses.  In 2006 BALLE’s national conference was hosted by VBSR in Burlington.

To read more of VBSR’s story, and to hear how some of our members got started with VBSR, check out Stephen Morris’s in-depth article “The Hard Work of Social Responsibility.”

Today, VBSR is active in influencing public policy on a statewide level in Vermont. We also provide educational programs and information and networking opportunities for our members through annual conferences, Get-Togethers, and other events. And, we collaborate with many other organizations with similar goals.

Want to become a VBSR Member?

This company is a Champion Sponsor of VBSR.